The History of the Wolf

One early spring day, an exhausted grey and white wolf with white paws and deep brown eyes, about three feet tall, was determined to find food. The father had left his mate and five pups in the den half a mile away. The pups were starving because they hadn’t eaten at all. He saw a bunch of fat delicious rabbits, nibbling on green shoots. He was going to eat them up until they scampered in all different directions. He went to chase after the biggest rabbit. He chased the rabbit until he heard a twig crack. The wolf saw a hunter with torn pants and a white shirt. He chased the wolf through the woods and the wolf thought he lost the hunter, but then he heard a shotgun boom. The wolf had a hole in his back and he suddenly fell in pain and died. The following essay is all about wolves, their culture, family, hunting, and about a history of bounty hunters. 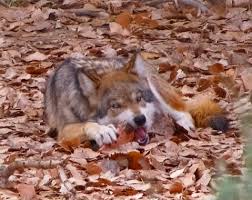 Wolves have to eat. Wolves only eat to survive. In order for them to eat, they hunt: they are not the vicious animals that people imagine. Naturally, they don’t cook meat before they eat it, they have different ways to hunt. They usually don’t catch everything they going for, and they don’t go after every animal they see. Wolves try to hunt for big animals, and they tend to catch healthy prey, too. They have to test it before they pounce on it and kill it. Sometimes, they can smell their prey, and other times, they track them down, probably by seeing footsteps in the ground. They can also use chance encounter. For example, if a rabbit is just hopping around and doesn’t see the wolf in the bushes, the wolf bites it and then bam! The rabbit’s dead. Wolves need to eat up to three to ten pounds a day, but they can eat up to twenty-two pounds at one time. Wolves usually drink up to three quarts a day, but it all depends on the habitat they’re living in.

The Native Americans respect the wolves; they wanted to become like them and hunt the same way that they did. On the other hand, the Europeans wanted to kill them for money and thought that wolves were evil and wanted to eat human beings. Some native tribes thought of wolves as a role model. Wolves eat caribou and buffalo, so the tribes believed that they could compete against the caribou and buffalo. In other countries, people thought wolves were devils and committed crimes. 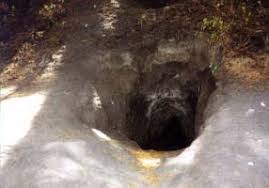 Dens are where wolves give birth. They can reach up to 15 feet long. The place where the mother gives birth is usually a bit higher. It’s usually 3 feet in diameter and 2 feet high. Dens are usually passed down generation by generation, and one of the oldest dens is in Ellesmere Island, the northernmost part of Canada. People have found bones up to 750 years old! The Alpha wolf also known as the man of the pack is very protective of the den. He will chase away bears and sometimes even eagles just to protect the den. Wolves hold their ground with most animals, but when humans approach, they usually run away. Sometimes two expectant mothers can use the same den.  After the mother gives birth, they travel up to a mile with their pups. 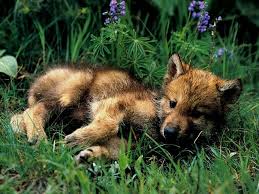 Even though wolves are near the top of the food chain, they still have enemies that might want to kill them: human beings. Bounty hunters used to kill wolves for money and believe it or not, killing wolves used to be a sport! Men killed wolves to prove that they were tough, and in some occasions, they thought, to protect humans. In 1563, Mary, Queen of Scotland, was known for promoting the hunting of wolves. There are many folktales about her and the wolves, but one of the popular ones is MacQueen of Pall à Chrocain.

MacQueen of Pall à Chrocain was a deer stalker in Scotland, in the mid seventeen hundreds. One day, he was told that two children were killed by wolves and the wolves were loose in the hills. Then the next day, he was out in the hills and came face to face with the beast. They fought and fought and then finally, he cut the wolf in the throat and showed everybody the head. Then he got a nick name Sean-àchan which means “to yield good meat for his good greyhound in all time coming.” 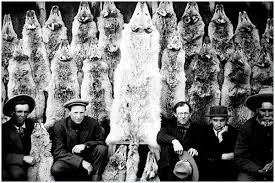 As you can see, wolves have populated many parts of the world, including England, Scotland, the North American continent, and more. Some dens are passed down from generation to generation, while sometimes the dens have to be dug up by the expecting mothers themselves! As well as the dens, wolves have history with Europeans and Indians: Europeans were very harsh to the wolves but the Indians treated them like a role model. Wolves eat based on what they can catch. They could end up eating only a rabbit for a day or two. Wolves are fascinating animals. They are near the top of the food chain and they have an interesting history. Though misunderstood, wolves are not a threat to human beings, and even though this essay is about wolves, it’s also about how you should respect other animals as well, and think before you kill an animal.