Zhuo-Wei is also working on a poetry unit, and has responded strongly to the light verse of Shel Silverstein. Light verse is defined as poetry that attempts to be humorous.  Some of the notable light verse poets are Edward Lear, Ogden Nash, Phyllis McGinley, Lewis Carroll, and the inimitable Shel Silverstein.  The below poems follow Read more…

Why would Snowden advocate for the protection of whistleblowers from his temporary asylum in Russia? Is it merely to protect himself, or is it a movement towards a larger concept of pervasive freedom? Is it because he had a “greater commitment to justice than a fear of the law”? In an attempt to move the nation towards a free world, Snowden lost many comforts of his life. He once lived in a nice house on Hawaii, with his girlfriend and family, and with a well-paid career position. He gave this up because of his commitment to the nation. See, Snowden had already encountered people before him in his workplace who were well aware of the illegitimacy of the programs. But for fear of losing their stable lifestyle, they chose not to blow the whistle. But then again, if Snowden really wanted support his movement, wouldn’t he return to America to accept his fate? If what he did was truly justified, then wouldn’t he be pardoned upon returning home? Why would he hide in Russia, under the wing of President Vladimir Putin, an ex-KGB officer and leader of a government not known for its transparency? Perhaps Mr. Snowden is a reasonable man, and doesn’t want to risk the rest of his life in jail. Where else would he hide? There are only a few countries where the American government cannot muscle its way around. 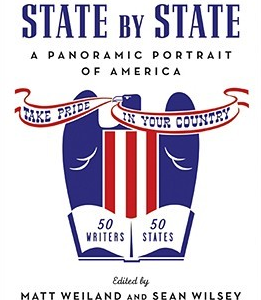 Alison Bechdel and Joe Sacco decided to write about their state in graphic form, and they had different styles of conveying the quirks of the state. Joe Sacco spoke mainly about his personal life, even going into his relationship with his girlfriend. Alison Bechdel made Vermont seem very unique with its rugged individualism and connection with nature. Since she went into the most detail about the state’s people, politics, and geography, and because she offered an insight into the State’s character affecting her own, Bechdel was more successful in her depiction of Vermont. 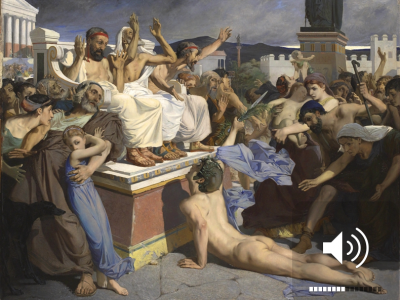 The Greeks heard that the Persians were coming for them and tried to get help from the Spartans, a people known for their aggressive fighting. They sent Philippides to ask for help but received no help, for Spartans were celebrating the festival of Carneia, a time of peace, but they did receive a thousand men from Plataea (a small city, located in Greece) to add to their troops, because the Athenians had fought for them before, thus they had a debt to pay to them.

Changing History for the Better 2,503 years ago, foes met on the plain of Marathon in Greece. They were the Persians and the Athenian Greeks. In the year, 490 B.C, the Persians and Athenians were in a stalemate, the air tense and both armies bristling. The Persians were a very diversified group with light spearmen, Read more…