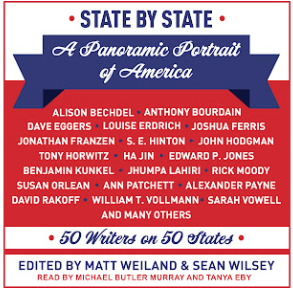 A Republic of Variety State by State, A Panoramic Portrait of America began as essentially a road trip compressed into a book. In the 1930s, the Federal Writers’ Project was created. The project hired many of the most famous authors to write for them, like Richard Wright, an author who was also the founder of Read more…

The Self-Deprecating Humor of Ohio, Maine, and New Jersey In 2008, Sean Wilsey and Matt Weiland came together to write a book: a collection of travel guides, narratives, biographies, and stories. State by State: a Panoramic Portrait of America, was to be a road trip in written form to help Americans better understand America. This Read more… 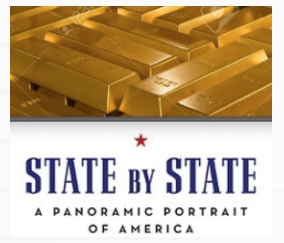 Imagine driving your newly acquired motorcycle crossing the Ohio Bridge from Cincinnati, and upon entering Kentucky, you find yourself situated on a long road stretching ahead through the vast land, and you feel like an explorer starting a long journey; would you find that the undulating countryside was giving you an almost nautical experience of riding up and down great green rolling waves of grass, with the blue sky shining off of the green grass, expertly nibbled to a lawn-look by an elegant thoroughbred horse? 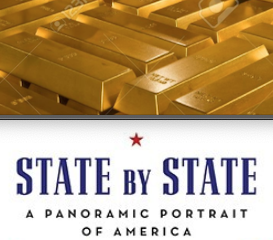 There is more than one county in Connecticut Each of America’s 50 states holds a share of differences from its neighbor and these differences are what makes each state special, such as Hawaii’s geography being great for a tropical holiday, while Colorado’s geography is great for skiing and hiking, while Pennsylvania had its importance in Read more…

Modern day New York retains a highly distinctive culture, though parts of the state have blurred borders, overrun with “bland interstate highways and big-box superstores”. Known as the “melting pot”, New York City is the home to the widest mix of ethnic races in the country, joining less than ten other cities worldwide in its diversity, where roughly 800 languages are spoken. It is the largest city in the United States. New York’s distinctiveness is rather well known – a New Yorker is sometimes thought of as having a fast-paced lifestyle and an assertive, bullying manner. This well-known stereotype presents a complication for Jonathan Franzen, as a character in his own play – he captures New York in an original, captivating manner that showcases the unique traits of the Empire State.