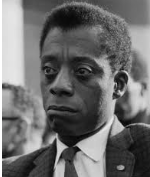 Some civil rights activists falsely believe that they uphold a balanced stance, and fight without challenging their first reactions. In this seemingly just mission, some skew it – they do not accept Baldwin’s first requirement, but just fight, sometimes blindly. While their mission is to fight for rights and ostensibly, for mankind to be more righteous, they instead become more radical and even act unrighteously themselves, as their emotions begin to calcify. But the question for today is: are civil rights leaders like Al Sharpton, and commentators like Van Jones, or writers, like Ta Nehisi Coates, accepting injustices, or, are they re-defining terms in unhealthy and restrictive ways?

Another disadvantage to Asian American’s academic achievements are the stirring suspicion of racial quotas. According to the US Census Bureau, among Asian Americans, 21.2% hold an advanced degree, i.e. MA, Ph.D., M.D. or J.D., the highest rate of higher education than any other race. Yet Asian Americans find themselves restricted by this psychological dilemma. Although the population of college-age Asian Americans has doubled today, the Asian acceptance into Ivy League schools has either narrowed or become static. Top Ivy League schools such as Harvard, Yale, and Princeton have repeatedly denied that they have Asian-American racial quotas, but a considerable amount of anxiety has risen among the Asian American community. According to Ron Unz, “In fact, the large growth in the Asian-American population means that the fraction attending Harvard has fallen by more than 50 percent since the early 1990s, a decline considerably greater than the decline Jews experienced after the implementation of secret quotas in 1925.” Are these speculations enough to justify the suspicion of Asian American quotas, especially since there could be other factors that take into account the situation? 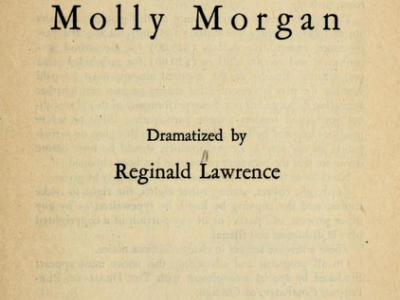 The project partnered Cal Shakespeare with Solis to adapt the short story cycle for the 2010 production on the main stage featuring the Word for Word Performing Arts Company. In his short story cycle, The Pastures of Heaven, Steinbeck meticulously arranges a variety of characters from different ages and personalities, intertwining them into each other’s lives. Furthermore, out of the twelve short stories in the Pastures of Heaven, the recurring and important protagonist, Molly Morgan appears in the lives of several of the Pastures of Heaven’s denizens. From little Tulericito, to Robbie Maltby, from Whitesides to the Munroes: Molly Morgan interacts and affects them deeply, undergoing dramatic changes herself in the process. Molly is significant, too in that as a character, she has been adapted and expanded into a stage version, John Steinbeck’s Molly Morgan by Reginald Lawrence. This play highlights and elaborates her effect on other characters, and her contributions in the Pastures of Heaven short story cycle. Indeed, one of the 20th century’s greatest American writers created a fascinating heroine, explored more fully in the play adaptation: a “young teacher whose job affects her own life, the lives of those around her and, in particular, the life of the man she loves.”

Mileena Nguyen’s Three Simple Words is narrated by Evangeline Garnier, a girl who seems to possess a mysterious power to feel the pain of others. The story begins with a quote from Henry Wadsworth Longfellow’s Evangeline, which happens to have the same name as the protagonist. This is probably not a coincidence, as the prologue Read more…

THREE SIMPLE WORDS Prologue “And by the evening fire repeat Evangeline’s story While from its rocky caverns the deep-voiced, neighboring ocean Speaks, and in accents disconsolate answer the wail of the forest.”   (lines 1397-1400) –Evangeline, Henry Wadsworth Longfellow Mother’s warm breath ghosted across my ear as she read. She flipped the worn, tea-colored page, reached Read more…