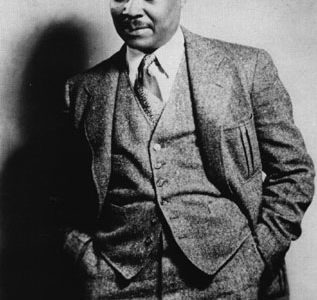 Claude McKay wrote poetry, articles, and novels to depict the unfair life of a Negro in America. How did he discriminate in choosing friends? In one of his autobiographies, A Long Way from Home, McKay documented his emotions, personality, and experiences as he traveled from Harlem to London to Russia to France to Africa and back to America. Along the way, he met many influential people and made many dear friends. Some of these friends were revolutionists, most involved in advancing Communism. McKay fought the war against discrimination with these people and others. Figues such as James Weldon Johnson, Walter White, other leaders of the National Association of the Advancement of Colored People (NAACP), black radicals of Harlem, and the Japanese Communist Sen Katayama. He was not racist when making friends, and he was aware that there were plenty of whites who supported his cause. Some white associates of McKay, such as Frank Harris and Max Eastman, were major figures of the time, but McKay also had personal companions. A prime example is Michael, McKay’s white friend who was also a thief and a gangster.

Mileena Nguyen’s Three Simple Words is narrated by Evangeline Garnier, a girl who seems to possess a mysterious power to feel the pain of others. The story begins with a quote from Henry Wadsworth Longfellow’s Evangeline, which happens to have the same name as the protagonist. This is probably not a coincidence, as the prologue Read more…

The writer then continues on, saying that each of Welty’s stories “…seems to return to Socrates’ sentiment that relative emotional values, while they might be able to blur the line between right and wrong temporarily, must ultimately give way to the established right and wrong.” He seems to leave unspecified just how Welty does this, though he supplies two contrasting examples.